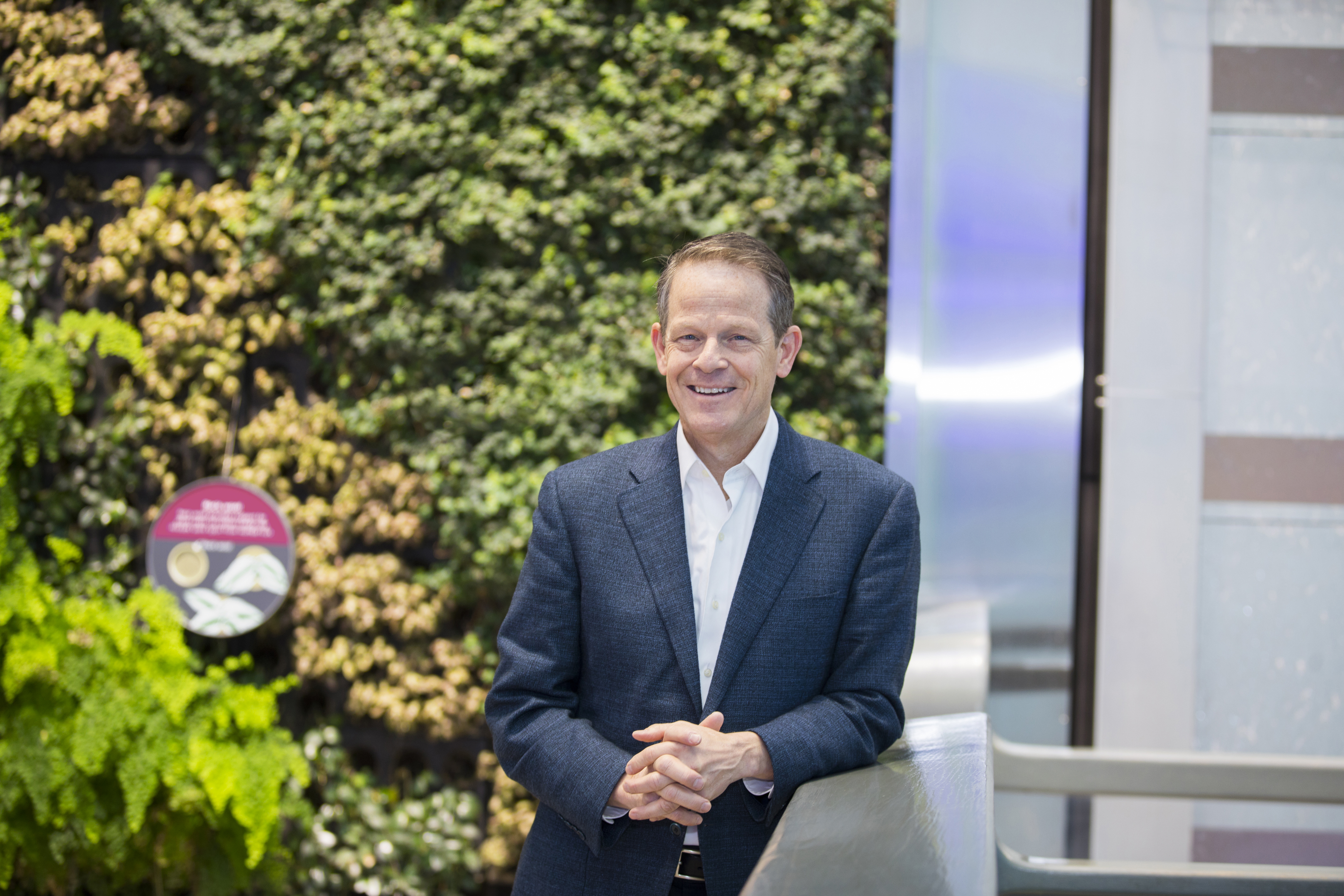 The Museum of Science, Boston, one of the world’s largest science centers and New England’s most visited cultural institution, today announced that STEM Education leader Tim Ritchie, has been named President of the Museum. The appointment was officially ratified by the entire Board of Trustees earlier today following a unanimous vote of the Board’s Search Committee and a vote of the Board’s Executive Committee. Ritchie will assume his role on February 3, 2020.

“As science and technology rapidly reshape our lives, the Museum of Science, Boston continues to reimagine its offerings, create experiences for all ages, inspire people to explore their interests as well as develop their ability to create a better world,” said Gwill York, chair of the Museum’s board of trustees. “After a comprehensive national search, I am thrilled to welcome Tim Ritchie as the Museum’s new President. Tim’s commitment to bring science education to everyone, coupled with his leadership skills, are perfectly aligned with the Museum’s mission to transform people’s relationship with science, technology, engineering and math.”

Ritchie has been instrumental in meeting and exceeding strategic, financial, and community goals at the organizations he has served. Under his eight-year leadership, The Tech Interactive (The Tech) in Silicon Valley won numerous awards, including in 2019 the highest award given by the Association for Science and Technology Centers, The Roy L. Shafer Leading Edge Award. In 2015, The Tech received the National Medal for Museum and Library Service, the highest honor an American museum can earn in the country. What Ritchie is most proud of, however, is The Tech’s increasing relevance to underrepresented communities in Silicon Valley and around the world. “We live in a world that is abundant with talent, but not with opportunity,” Ritchie said. “Science centers should be in the opportunity business. I am honored to be joining the Museum of Science, with its established record of broadening access to STEM, and am excited to deepen this commitment in the community.”

“During his tenure, Tim reimagined The Tech as a vital community resource through creative partnerships with K-12 schools, universities and Silicon Valley’s tech industry. The Tech’s board is very grateful for Tim’s contributions and wish him all the best in Boston,“ said Chris DiGiorgio, board chair of The Tech.

Ritchie will join the Museum at an exciting new phase of growth and development designed to broaden the participation of visitors of all ages, expand the Museum’s reach, and leverage the Museum’s position as the leader in preK-8 engineering and computer science curricula. As part of this long-range vision, the Museum has embarked on a ten-year Master Plan for its largest and most iconic hall, the 100,000 square foot Blue Wing. This ambitious plan will completely transform the space inside and out, as well as completely redesign every exhibit and theater within its three floors. The first two major exhibits, Arctic Adventure: Exploring with Technology, and Engineering Design Workshop: Powered by Mathworks, will open in Fall 2020.

“Throughout a rigorous national search process, it was clear that Tim had the unique combination of passion and leadership skills to steward an ambitious 10-year Master Plan, which includes a reimagined Blue Wing, new permanent and traveling exhibits, computer science curricula and the launch of a major capital campaign,” said Alexis Borisy, Museum Trustee, search committee member and life sciences entrepreneur and investor.

Ritchie earned his master’s degree in public administration from the Harvard Kennedy School, his law degree from Duke Law School, and his bachelor’s degree from Davidson College. His commitment to science education was deeply informed through his experience practicing law, directing education programs in public housing communities, and leading an organization that creates jobs for adults with disabilities. He will be joining his wife, Christine, in Boston, where she serves as the Kenneth Minaker Endowed Chair of Geriatric Medicine, Director of Research in the Division of Palliative Care and Geriatric Medicine at Massachusetts General Hospital (MGH), and as the Director of a newly established Center for Aging and Serious Illness within the Mongan Institute at MGH.

“We are thrilled to welcome Tim back to Boston to lead the Museum during an era of unparalleled growth and transformation. The Museum is strong on every measure and Tim is well positioned to deliver our essential mission,” said Wayne Bouchard, Interim President and Chief Operating Officer.

One of the world’s largest science centers and New England’s most attended cultural institution, the Museum of Science introduces approximately 1.5 million visitors per year to STEM (science, technology, engineering, and math), through the world-class hands-on exhibits, programs and curricula of its William and Charlotte Bloomberg Science Education Center. Established in 1830, the Museum is home to such iconic exhibits as the Thompson Theater of Electricity, the Charles Hayden Planetarium, and the Mugar Omni Theater. Beyond its walls, the Museum reaches nearly 2 million more people per year through award-winning STEM content such as its blockbuster traveling exhibits such as The Science Behind Pixar, the world’s leading prek-8 engineering curricula, EiE®, and originally created, globally distributed planetarium shows. The Museum influences formal and informal STEM education through research and national advocacy, as a strong community partner and loyal educator resource, and as a leader in universal design, developing exhibits and programming accessible to all. Learn more at  http://www.mos.org.