Our garage elevator is currently out of service. We apologize for the disruption.
For assistance, please call 617-723-2500 and someone will direct you.
The Blue Wing will be closing at 5pm on Friday January 27, and February 3.
Tickets

The 2021 Reach Out Science Slams have concluded. Thank you to everyone who participated, watched, and learned with us!

19 Early career researchers from around the country were selected to compete in the Reach Out Science Slam Semi-finals. Six of them moved on to the Finals Event on May 4 to find out who can tell the best science story in just 3-minutes. The judges and the audience cast their votes and the winners of our $1000 prizes were…

Christina McGahan is a postdoctoral researcher at Mount Holyoke College in South Hadley, Massachusetts. She probes the local electrical properties of 2D materials, organic semiconductors, and quantum dots with scanning probe microscopy to make better electrical devices like solar cells and transistors. At the Reach Out Science Slam Finals, Christina used engaging analogies and physical props to explain her hunt to find and repair “electrical potholes” to improve the flow of electricity and speed up machines that we depend on, from cell phones to solar panels. Christina is a member of the National Science Foundation-supported Center for Integrated Quantum Materials.

Ghiska Ramahdita is a PhD candidate at the McKelvey School of Engineering at Washington University in St. Louis, and a researcher at the Research Center for Biomedical Engineering, Indonesia. She studies mechanobiology in engineered heart muscle, and has been recognized as a James & Mary Wertsch Scholar of the McDonnell International Academy. In her Reach Out Science Slam Finals presentation, Ghiska combined colorful virtual background animations and physical props to describe her quest to understand how the heart’s natural rhythm can be thrown off by mechanical factors, and how we can develop better treatments to someday prevent deadly disease. Ghiska is a member of the National Science Foundation-supported Center for Engineering Mechanobiology.

Missed the Reach Out events and want to get caught up on the action? 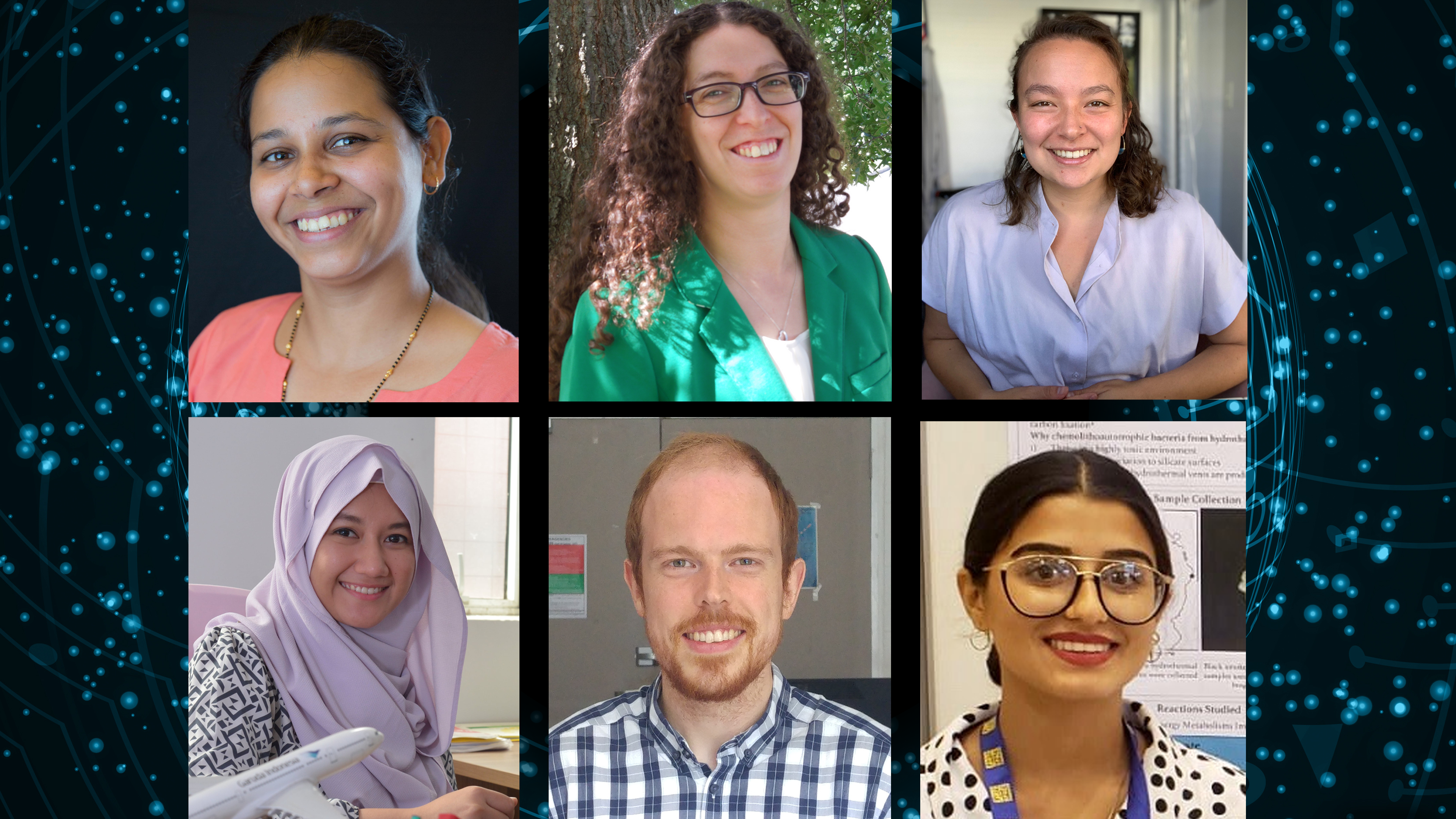 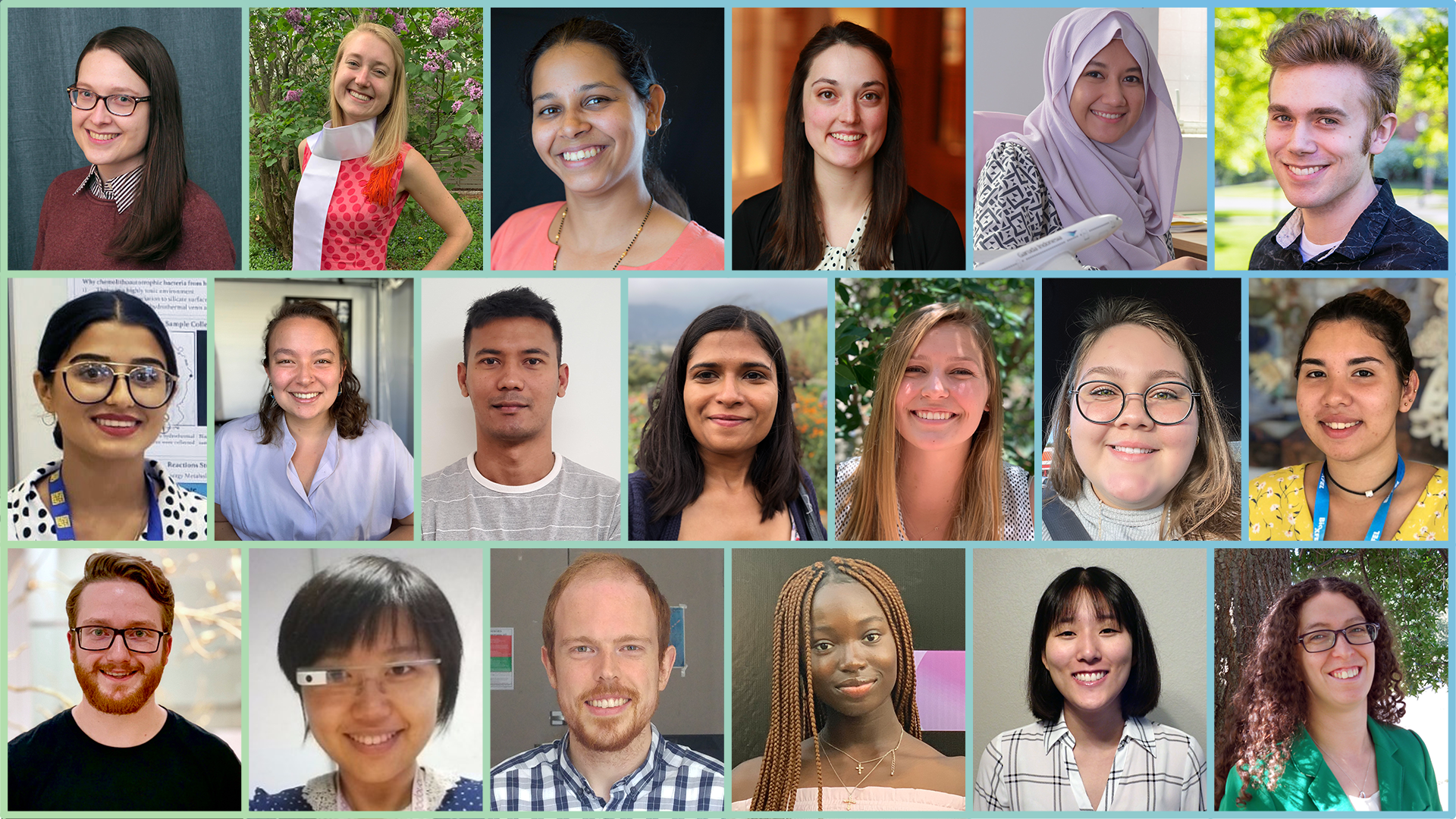 Meet the Reach Out Judges! 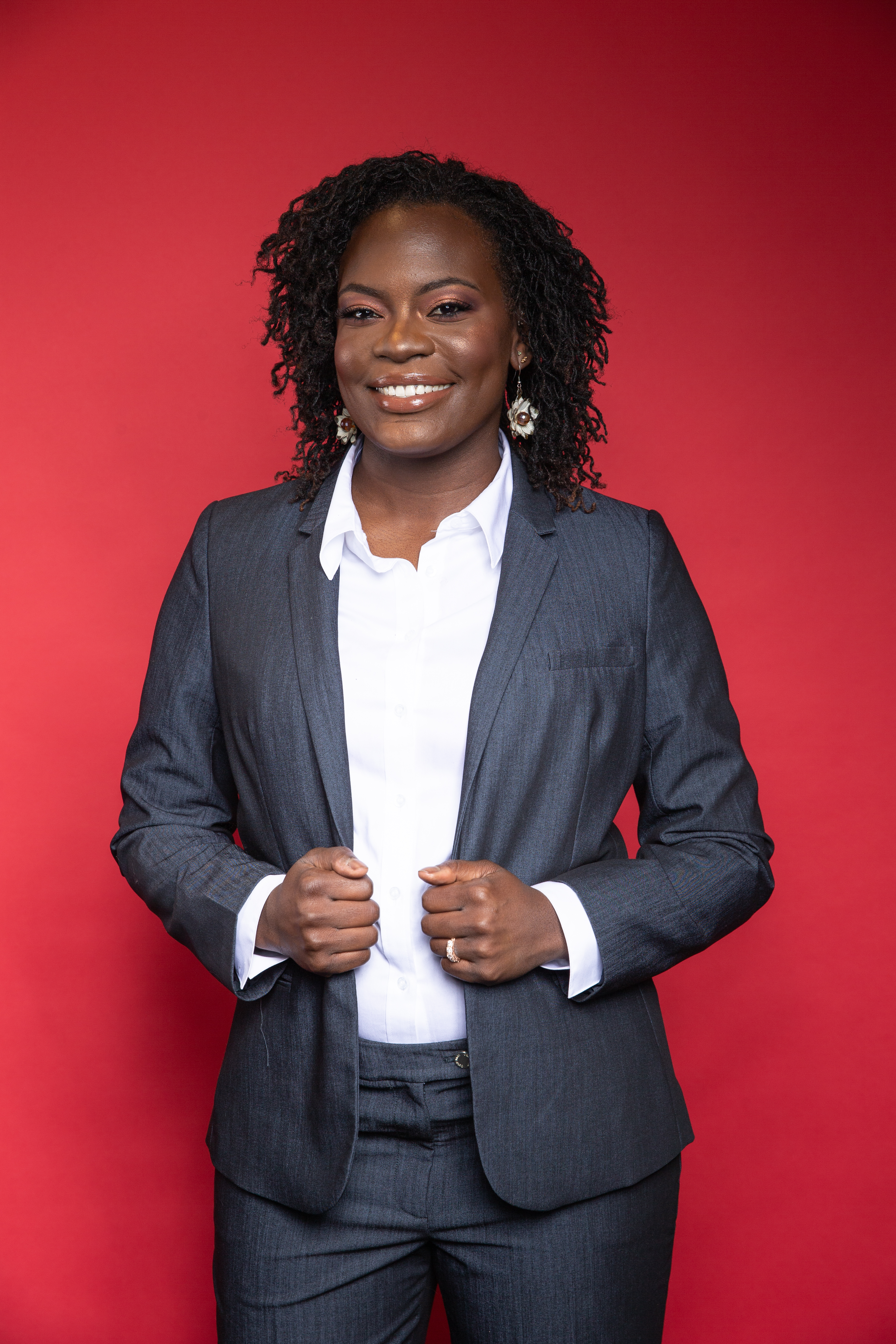 Raven Baxter, also known as Raven the Science Maven, is an award-winning and internationally acclaimed science communicator and molecular biologist who works to progress the state of science education and culture by creating spaces that are inclusive, educational, and real.

Raven is an entertainer and content creator known for her unique style of combining science and music that teaches and empowers those in STEM and beyond. Raven speaks about innovation in science education and social change in STEM.

Raven is the founder of Science Haven, a non-profit organization that operates at the intersections of science, education, and the public. Science Haven houses STEMbassy, a live web series that connects the public with science and technology professionals, and Black In Science Communication, a group that works to build relationships in the science community, equipping others with the knowledge and resources necessary to share science with the world in their own flavor.

Raven has quickly developed a reputation as a strong voice in science education and has been recognized as a global influencer in several publications, including Fortune Magazine’s 40 Under 40 list for 2020. 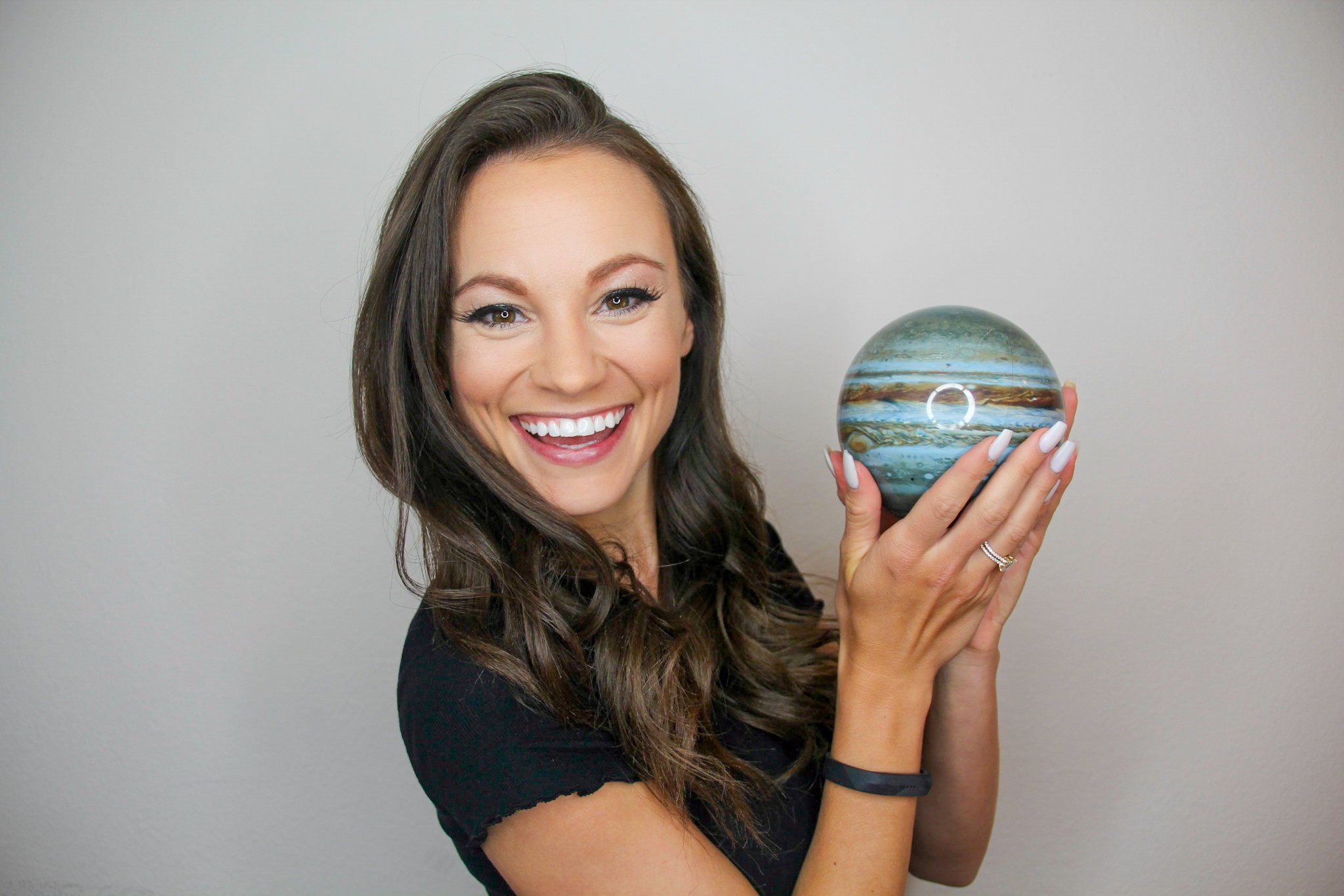 Emily Calandrelli is the host and co-executive producer of the hit Netflix series Emily’s Wonder Lab. Each episode features Emily and a group of kid-scientists as they learn about STEAM through experiments and fun activities. Emily is also an Executive Producer and Emmy nominated host of FOX’s Xploration Outer Space and was a correspondent on Netflix’s, Bill Nye Saves The World.

Emily, who was named to Adweek’s“11 Celebrities and Influencers Raising the Bar for Creativity in 2017”, is also an accomplished writer and speaker on the topics of space exploration, scientific literacy, and equality. Her chapter book series, The Ada Lace Adventures, centers around an eight-year-old girl with a knack for science, math, and solving mysteries with technology, the second book in the series, Ada Lace: Sees Red, was included in the National Science Teachers Association’s list of best STEM books for 2018. The third book, Ada Lace: Take Me To Your Leader, was part of the initiative from NASA and CASIS, Story Time from Space where the book was launched into space and read by an astronaut aboard the ISS to an audience of kids. The fifth and most recent book in the series, Ada Lace: and the Suspicious Artist which was released in February 2019. All 5 books in the series are available at Barnes and Noble as well as Amazon.

Emily frequently gives talks about the importance of science literacy, the benefits of space exploration, and the challenges for women in STEM careers for clients like Google, Pixar, MIT, Texas Instruments as well as dozens of K-12 schools across the nation. Her first two TEDx talks, “I Don’t Do Math” and “Space Exploration Is The Worst,” have garnered over one million views on YouTube.

Prior to her work in science communication, Emily attended West Virginia University, where she received a Bachelors of Science degrees in Mechanical Engineering and Aerospace Engineering, and MIT where she received two Masters of Science degrees, one in Aeronautics and Astronautics and the other in Technology and Policy. Through her work, she wants to make science relatable, easy to understand and more exciting today than ever before in history. 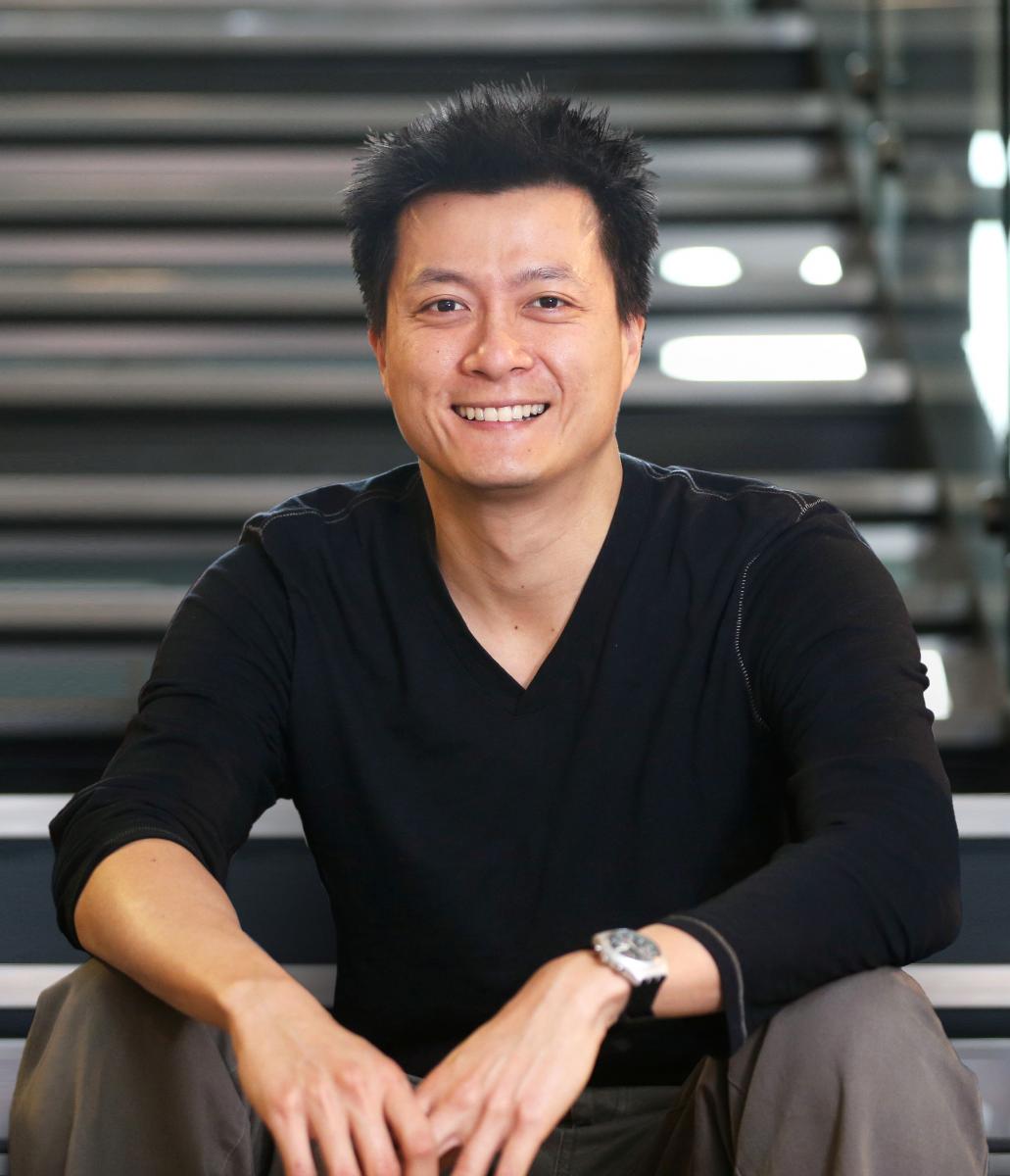 Jorge is the creator of "PHD Comics", the popular ongoing comic strip about life (or the lack thereof) in Academia. He is the co-author of the Der Spiegel best-selling book We Have No Idea, the co-host of the iHeart Radio show Daniel and Jorge Explain the Universe, and the co-creator and co-Executive Producer of the TV animated series Elinor Wonders Why, which premiered on PBS Kids in September 2020. He is also the co-founder of PHDtv, a video science and discovery outreach collaborative. He earned his Ph.D. in Robotics from Stanford University and was an Instructor and Research Associate at Caltech from 2003-2005. He is originally from Panama. 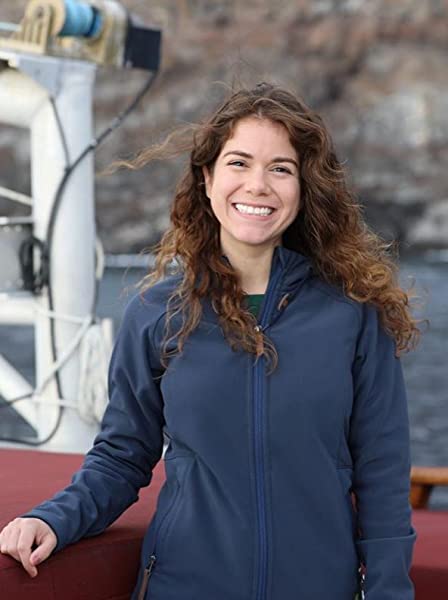 While Melissa studies sharks, she became a household name when she was bitten and dragged by a crocodile on Discovery Channel’s Shark Week. In 2019, she was hailed as “everything that’s right with Shark week” for her enthusiastic performance as a TV presenter.

She doesn’t only just share her science on television - she writes too! Melissa is not only a freelance wildlife writer (her articles get close to 1 million views) but is represented by Alexandria Weiss of the Jennifer De Chiara Literary Agency for her novels. Keep your eyes peeled for Melissa’s first book series, “Wild Survival!” set to print in Spring 2021 with Scholastic.