VOLCANOES: THE FIRES OF CREATION Premieres at the Mugar Omni Theater at the Museum of Science, Boston

BOSTON, MA (October 22, 2018) –Witness unique and never-before-seen footage of the 2018 Hawaii Kilauea Volcano eruption, following the courageous explorer, Carsten Peter, as he journeys around the globe.  VOLCANOES: THE FIRES OF CREATION will bring audiences on the story of volcanoes from the Earth’s beginning to their effect on modern day. VOLCANOES will premier in the US, as it hits the Museum of Science’s Mugar Omni Theater’s giant dome screen on November 9th, connecting the science of volcanoes to the formation of our planet.

Audiences will join intrepid explorer Carsten Peter as he dodges boulders at the edge of an active volcano in Indonesia, descends to a boiling lava lake in Vanuatu, and visits incredible acid ponds, geysers and mineral deposit fields in Ethiopia. Traverse across the globe to see the archeological ghost town of Pompeii, hydrothermal vents at the bottom of the ocean, and witness the devastating effects of the 2018 Kilauea eruption in Hawaii.

“The Museum of Science is thrilled to present VOLCANOES to our audiences, educating and inspiring viewers about these incredibly powerful natural features like never before,” says Robin Doty, Manager of the Mugar OMNI Theater at the Museum of Science. “VOLCANOES brings audiences into the belly of an active volcano, and travel to places they may never have the chance to visit. This is a film that must be experienced on an IMAX screen and we are so lucky to treat audiences to a truly unique, immersive experience with New England’s only dome IMAX theater.”

VOLCANOES’ director and producer, Michael Dalton-Smith, shares “We often think of volcanoes as being destructive, but they also build and play a beneficial role on the planet. There are dozens of volcanoes erupting each day from the bottom of the ocean to mountain peaks. To witness one in action is both beautiful and awe-inspiring.” He adds, “Most importantly, I hope that the audience will come away with a better understanding of the forces that shaped the world we know today.”

On November 9th, the Museum of Science will host Carsten Peter, explorer and photographer, for the premier of VOLCANOES. Press and guests are invited to attend the premier to view the film and learn about Peter’s experience capturing phenomenal footage of these volcanoes.

Audiences will be captivated as they discover molten worlds and exploding craters in this adrenaline-filled, immersive experience that only IMAX® Giant Screen theaters can provide.

The trailer is available for view at volcanoesfilm.com

SK Films is an award-winning content provider and a global leader in the Giant Screen industry. SK works across various genres and platforms, including theatrical, television and digital media, with a special emphasis on creating high impact natural history and science related content. SK has a reputation as one of the most accomplished and respected producers and distributors supplying 3D, 2D and Dome product to Giant Screen theatres worldwide, with a mission to entertain and inspire audiences and immerse them in the awe and wonder of the world we live in. For more information, please visit www.SKFilms.ca 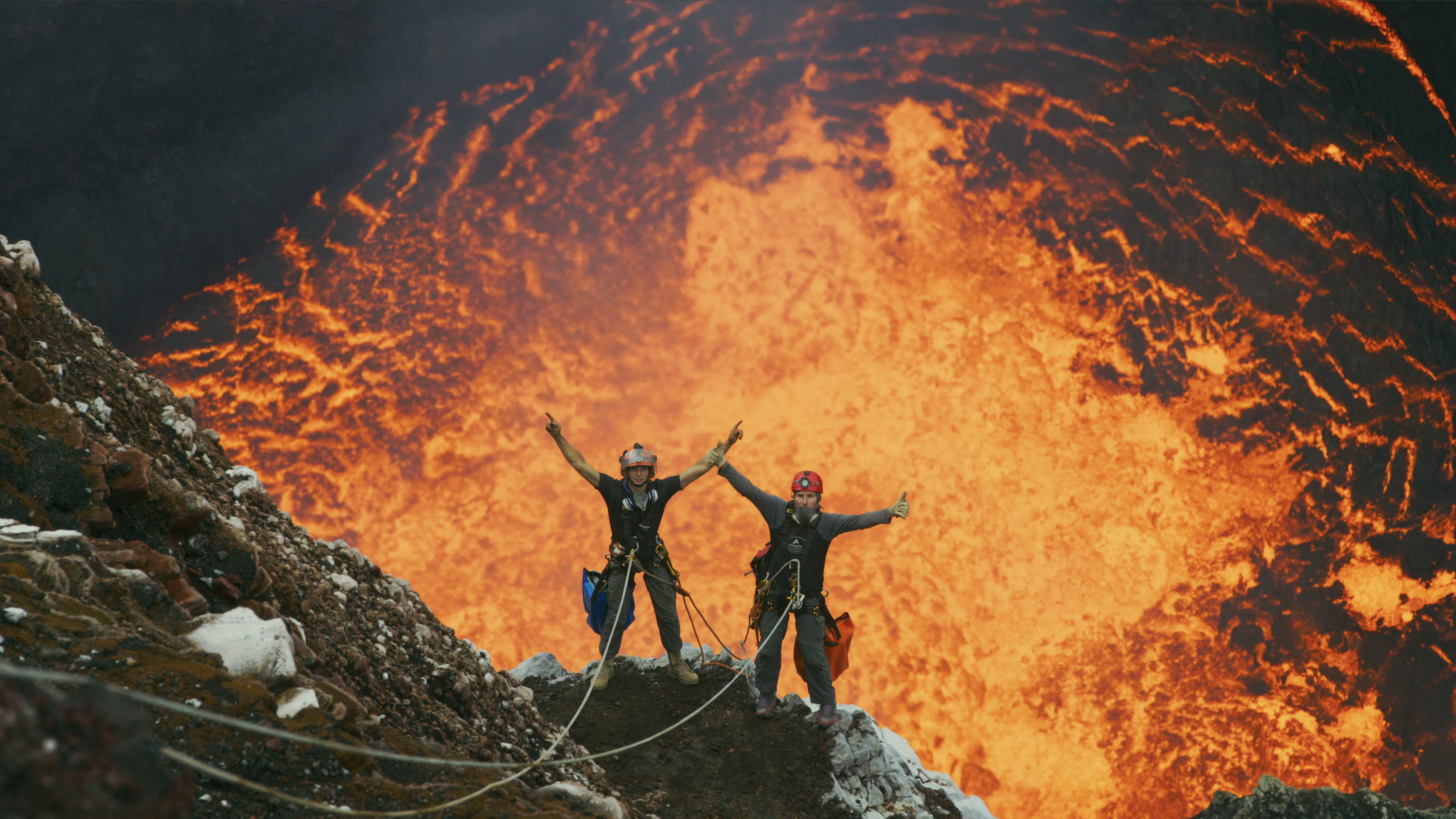