“Nature’s Superheroes: Life at the Limits” Soaring to the Museum of Science, Boston

New Exhibition, Opening February 2019, Will Showcase a Variety of ‘Superpowers’ Organisms Use to Survive and Thrive on Earth

BOSTON, MA (January 8, 2018) – Holding your breath for up to two hours. Gulping down a snack 10 times your own weight. Living in crushing depths where there is no sunlight to support life. These may sound like superpowers to humans, yet, somewhere on Earth, an organism is using one of these extraordinary talents to go about its daily tasks. Nature’s Superheroes: Life at the Limits, a new exhibition opening February 14th, 2019 at The Museum of Science, Boston, offers a fascinating glimpse of the breathtaking diversity of the natural world and the power of natural selection to shape exceptional responses to the challenges, and opportunities, of life on Earth.

“We are excited to bring Nature’s Superheroes to the Museum of Science to wow visitors by the resilience of some of Earth’s most unique creatures in some of the most extreme conditions,” said Ioannis Miaoulis, President and Director of the Museum of Science. “The exhibit’s hands-on experiences will have visitors discovering new ideas, asking questions, finding solutions, and hopefully leaving inspired by the world around them and the creatures who are Nature’s Superheroes.”

Featuring life-size and larger-than-life models, videos, several species of live animals including the axolotl and mantis shrimp, and interactive exhibits, Nature’s Superheroes: Life at the Limits highlights an array of organisms with surprising ways of thriving in harsh environments, finding a mate or their next meal, leveraging strength, endurance, speed, and more.

“Nature’s Superheroes: Life at the Limits illustrates the challenges all organisms face in the endeavor to breathe, eat, defend, and even find a mate through the phenomenon of natural selection, nature’s way of engineering solutions to help organisms adapt to and survive in their environments,” said Christine Reich, Vice President Exhibit Development and Conservation. “This exhibit highlights the innovative and interesting solutions that some of nature’s most amazing species employ to combat the challenges they face at the extreme physical and physiological limits of life.”

Showcasing the extraordinary range of the ways different organisms—plant and animal, aquatic and terrestrial, vertebrate and invertebrate—have become tailored to conditions on this planet, Nature’s Superheroes will include such features as:

Nature’s Superheroes: Life at the Limits was developed by the American Museum of Natural History, New York (www.amnh.org) and will be on exhibit at the Museum of Science, Boston from February 14, 2019 through May 5, 2019.

About the American Museum of Natural History (amnh.org)

The American Museum of Natural History, founded in 1869, is one of the world’s preeminent scientific, educational, and cultural institutions. The Museum encompasses 45 permanent exhibition halls, including those in the Rose Center for Earth and Space and the Hayden Planetarium, as well as galleries for temporary exhibitions. It is home to the Theodore Roosevelt Memorial, New York State’s official memorial to its 33rd governor and the nation’s 26th president, and a tribute to Roosevelt’s enduring legacy of conservation. The Museum’s five active research divisions and three cross-disciplinary centers support approximately 200 scientists, whose work draws on a world-class permanent collection of more than 34 million specimens and artifacts, as well as specialized collections for frozen tissue and genomic and astrophysical data, and one of the largest natural history libraries in the world. Through its Richard Gilder Graduate School, it is the only American museum authorized to grant the Ph.D. degree. Beginning in 2015, the Richard Gilder Graduate School also began granting the Master of Arts in Teaching (MAT) degree, the only such freestanding museum program. Annual visitation has grown to approximately 5 million, and the Museum’s exhibitions and Space Shows are seen by millions more in venues on six continents. The Museum’s website, mobile apps, and MOOCs (massive open online courses) extend its scientific research and collections, exhibitions, and educational programs to additional audiences around the globe. Visit amnh.org for more information. 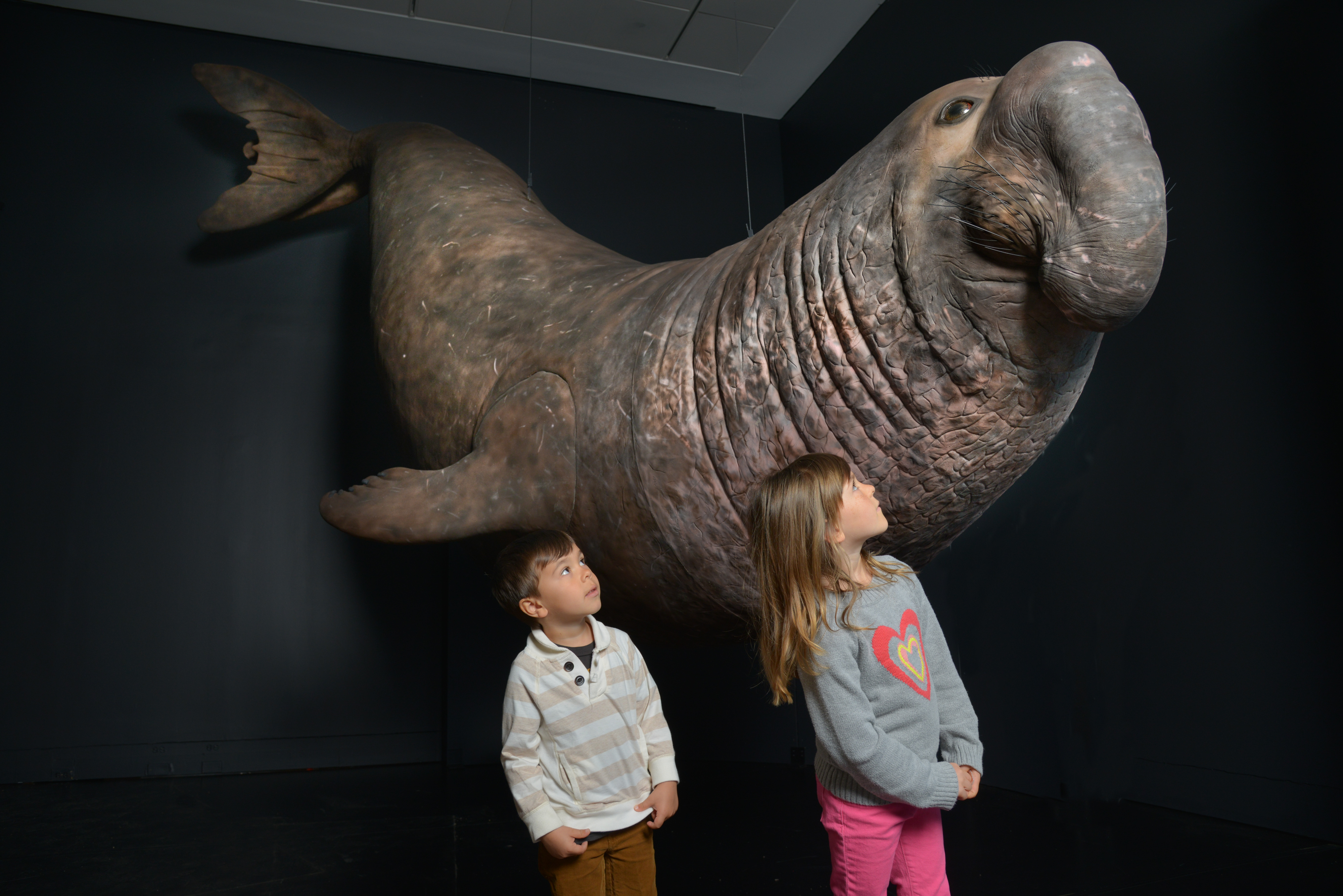 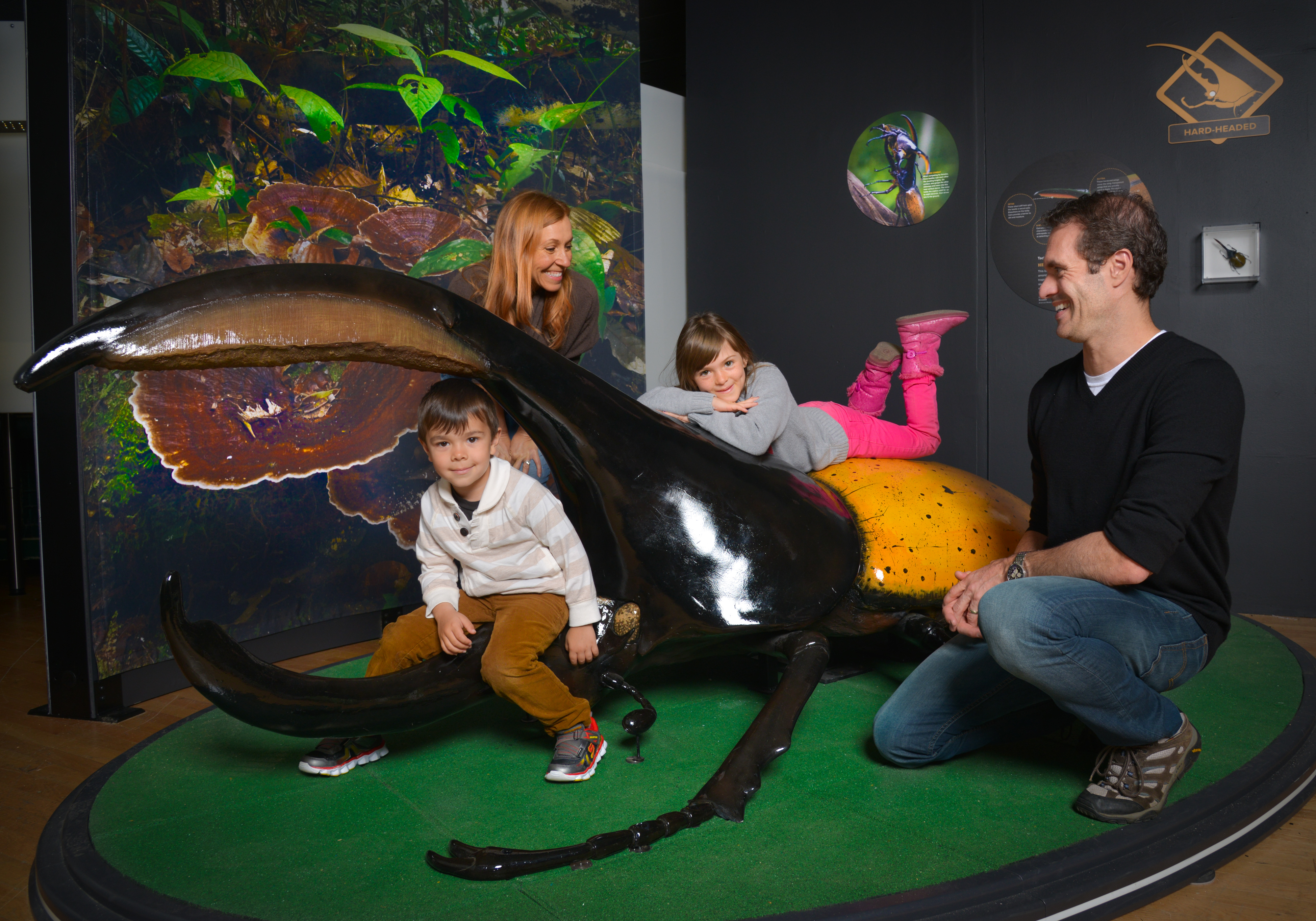