Trailblazing giant-screen adventure narrated by actor Ryan Reynolds celebrates the intricate interconnections of the world’s largest temperate coastal rainforest when it opens at the Museum of Science, Boston on July 5

BOSTON (JUNE 14, 2019) – Experience one of the planet’s most exquisite and secluded wildernesses – Canada’s Great Bear Rainforest – when the new giant-screen documentary Great Bear Rainforest opens July 5 at the Mugar Omni Theater at the Museum of Science. From the underwater ocean world, through the Salmon River valleys to the ice-capped peaks of the Coast Mountains, journey into a land of grizzlies, coastal wolves, sea otters and humpback whales – and discover the secret world of the Spirit Bear.

“The Great Bear Rainforest is one of the last truly wild places left on Earth, and has immense value both ecologically and culturally,” says director Ian McAllister.  “Many people don’t know about this ancient rainforest and the indigenous people who have helped protect it for thousands of years, and we hope audiences will leave theatres inspired that an extraordinary world of such natural wonder and splendor still exists.”

Hidden from the outside world, the Great Bear Rainforest is a sanctuary to a stunning diversity of wildlife, including the fabled all-white Spirit Bear – the rarest bear on Earth—and the indigenous First Nations people, who have provided stewardship of the forest for millennia. It is the largest temperate coastal rainforest in the world and has remained relatively unchanged for more than 10,000 years.

“We are thrilled to introduce Great Bear Rainforest to Museum of Science visitors to share this incredible tale with our audiences,” said Robin Doty, Manager, Omni & 4D Theater, at the Museum of Science, Boston. “When bringing films to the Museum of Science, we look to transport our audiences to other cultures and environments and this film does just that. By fully immersing the viewer, Great Bear Rainforest highlights the fascinating wilderness of northwestern Canada and the incredible relationship between people and the nature they inhabit.”

McAllister and his crew spent three years filming throughout the remote reaches of the Great Bear Rainforest.  Their unprecedented footage of the unspoiled, unsung wilderness of Canada’s primordial rainforest provides an experiential taste of a magnificent real where ocean, forest, mountain and river meet in a mighty convergence.  Great Bear Rainforest celebrates a place that could only have thrived—and will only continue to thrive—through sustained co-existence between humans, land and sea animals and the natural environment.

Narrated by Canadian actor Ryan Reynolds, Great Bear Rainforest is the first time this pristine, wildlife-rich world will be experienced in IMAX® and giant screen theaters.  The film features music composed and arranged by the legendary Academy Award®-winning composer Hans Zimmer and Anže Rozman for Bleeding Fingers Music.  The film is accompanied by a companion book written by Ian McAllister and Alex Van Tol, Great Bear Rainforest: A Giant Screen Adventure in the Land of the Spirit Bear, from Orca Book Publishers.

Great Bear Rainforest is a family-friendly film and runs 40 minutes.  For information on tickets and show times, visit mos.org.

For more information on the film, please visit http://greatbearrainforestfilm.com

MacGillivray Freeman Films is the world’s foremost independent producer and distributor of giant-screen 70mm films with 40 films for IMAX and giant-screen theatres to its credit. Throughout the company’s 50-year history, its films have won numerous international awards including two Academy Award® nominations and three films inducted into the IMAX Hall of Fame. MacGillivray Freeman’s films are known for their artistry and celebration of science and the natural world. It is the first documentary film company to reach the one-billion-dollar benchmark for worldwide box office. 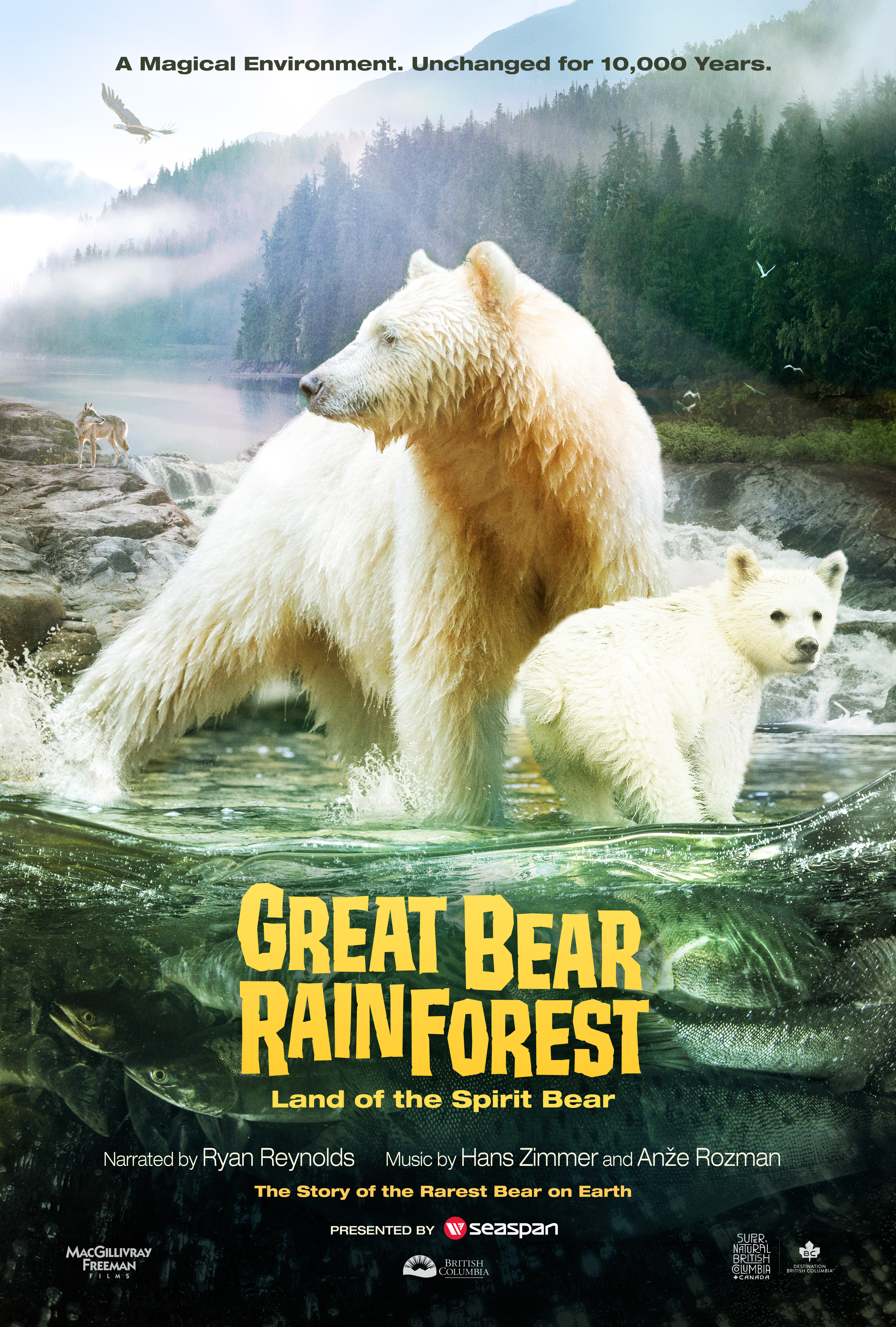