Museum of Science Honors Dariush Mozaffarian, MD, DrPH with the 2018 Walker Prize for Superlative Work in Nutrition and Obesity 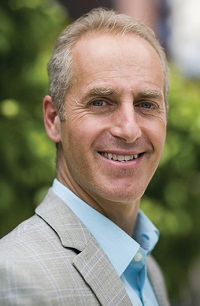 The Museum of Science, Boston will celebrate the preeminent work of nutritional epidemiologist and cardiologist Dariush Mozaffarian, MD, DrPH, Dean of the Friedman School of Nutrition Science & Policy at Tufts University, by presenting him with the esteemed Walker Prize.  The award will be given at a public event to be held at the Museum of Science, Boston in the Cahners Theater on September 24. As part of the event, Dr. Mozaffarian will discuss his work in a lecture entitled, The Future of Food and Nutrition: Implications for Science, Dietary Guidelines, and Food Policy.

Named one of the world's most influential scientific minds, by Thomson Reuters in 2016, Dr. Mozaffarian leads pioneering research on the dietary priorities to reduce cardiovascular disease, diabetes, and obesity in the US and globally; and on evidence-based systems innovations and policies to effectively reduce these burdens. In 2015, Dr. Mozaffarian published a study which found that sugar-sweetened beverage consumption could be linked to 184,000 deaths worldwide each year.  Dr. Mozaffarian has served in numerous advisory roles including for the US and Canadian governments, American Heart Association, Global Burden of Diseases study, World Health Organization, and United Nations.

Focusing on the link between nutrition and the rising global obesity crisis, Dr. Mozaffarian has authored nearly 400 scientific publications and his work has been featured in such outlets as the New York Times, Washington Post, Wall Street Journal, National Public Radio, Time Magazine, and many others.

“We are honored to recognize Dariush Mozaffarian with this year’s 2018 Walker Prize for his critical research and public advocacy in making nutrition and the business of how we eat at the forefront of public conversation,” said Ioannis Miaoulis, president and director of the Museum of Science. “Dr. Mozaffarian’s research has contributed significantly to our understanding of nutrition science and nutrition policy and has helped us to see the impact food systems have on our health, our environment, and on our economy.”

Established in 1864 by Dr. William Johnson Walker, one of the most eminent surgeons of his era and a generous benefactor of the Boston Society of Natural History, the Museum's founding organization, the Walker Prize recognizes "meritorious published scientific investigation and discovery" in a scientific field. The recipient must be a noted scientist, professor, or researcher who is a superb science communicator via the written word and is well known for superlative work in her / his field.

To learn more about this event and register, please visit https://www.mos.org/public-events/walker-prize-lecture.