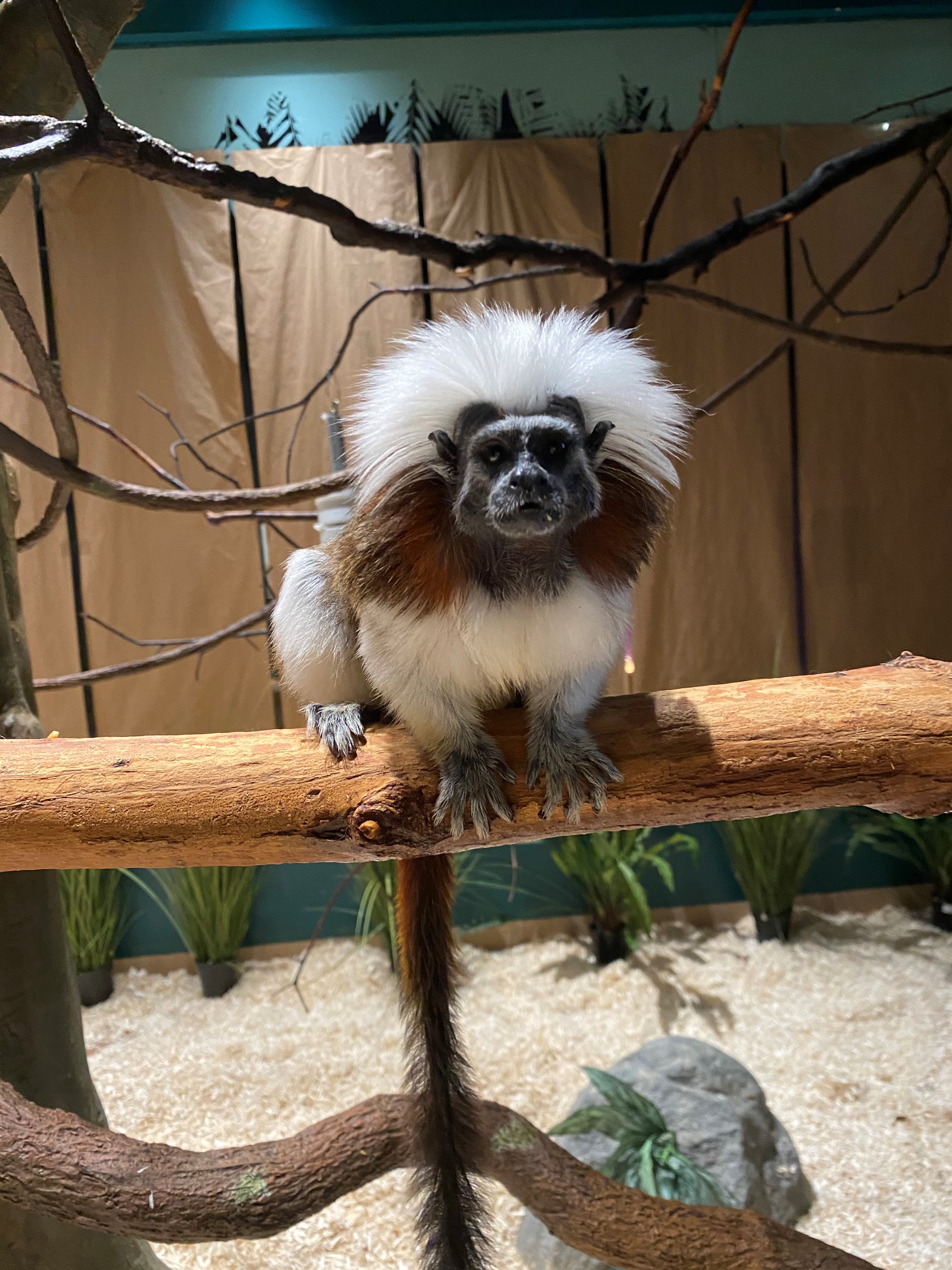 The new tamarin came to the Museum from the Ellen Trout Zoo in Lufkin, Texas where she was born.  At the Museum, she will also become an animal ambassador, offering visitors opportunities to learn about the fascinating abilities of these clever primates.  The Museum is also hopeful that she and Darwin will hit it off as mates, as part of the cotton-top tamarin Species Survival Plan to ensure the survival of this endangered species.

While she settles in to her new home, the Museum is inviting the public to help choose a name for her. Members of the public can vote for their favorite name at the Museum’s online ballot or visit the Museum’s Facebook or Twitter pages @MuseumofScience to follow the link to the ballot.

The names on the ballot are:

Jane, after famed primatologist Jane Goodall, who studied wild chimpanzees for over 60 years. Instead of using numbers, Jane would give names to the different chimps she observed.

Charlee, after Charles Darwin, best known for his studies in evolution and the theory of natural selection. His most famous work is, The Origin of Species.

Prima, short for either “primate” or “prima donna” In opera, a prima donna is the leading female singer in the company, the person to whom the prime roles would be given.

Voting will continue through Election Day, November 3.  The name will be revealed on the Museum’s social media channels on Saturday, November 7.