BOSTON, MA (November 13, 2018) – On December 1st, 2018, the Museum of Science, Boston will host Anime Boston for a day of anime-themed programming, activities, and family fun. Anime Boston hosts their three-day convention annually in Boston under the supervision of the New England Anime Society and will bring their programming to the Museum of Science for the first time this December from 9am to 3:30pm.

During this event, programming at the Museum will center on anime-focused activities geared towards anime-lovers of all ages. This will include English and Japanese screenings of Mamoru Hosoda’s anime “Summer Wars” in Cahner’s Theater, a cosplay fashion show, human-sized tic-tac-toe, selfie station, panel discussions, kids’ activities tables, and a Pokémon GO tournament that will give guests the opportunity to win prizes from both Anime Boston and the Museum of Science.

"We are proud to work with the Museum of Science, Boston. Japanese animation and pop-culture go hand-in-hand with learning about science – there are many science and nature-themed series, as well as a great deal of science and technology behind the development of animation, music, video games, and cosplay. The Museum of Science is the perfect partner to help pull back the curtain and discuss how the magic is made,” said Chris O'Connell, President of the New England Anime Society, Inc.

The panel discussions will focus in on a variety of topics related to family fun and anime, anime and science, costume making, and more. Guests will have the opportunity to learn more about Anime Boston, their yearly convention, and the kinds of activities and programming available at the event. The panels will feature speakers from Anime Boston, who will discuss science in anime and the Anime Boston convention, Kate-Lyn Skribiski and Jenna Leary, as well as the team at Groosestatic Cosplay who will focus on the step-by-step process of creating a cosplay.

“We are excited to bring Anime Boston to the Museum of Science, celebrating the connections that exist between anime and science,” said Annette Sawyer, Vice President of Education and Enrichment Programs at the Museum of Science. “Through unique, anime-centric programming, we hope to highlight the ways anime connects to science and can be a great learning experience for all.”

About Anime Boston: With over 25,000 attendees in 2018, Anime Boston is an annual three-day Japanese animation convention held in Boston, Mass. Anime Boston 2019 is scheduled for Friday, April 19 through Sunday, April 21 at the Hynes Convention Center and Sheraton Boston Hotel. More information about Anime Boston can be found at http://www.animeboston.com. 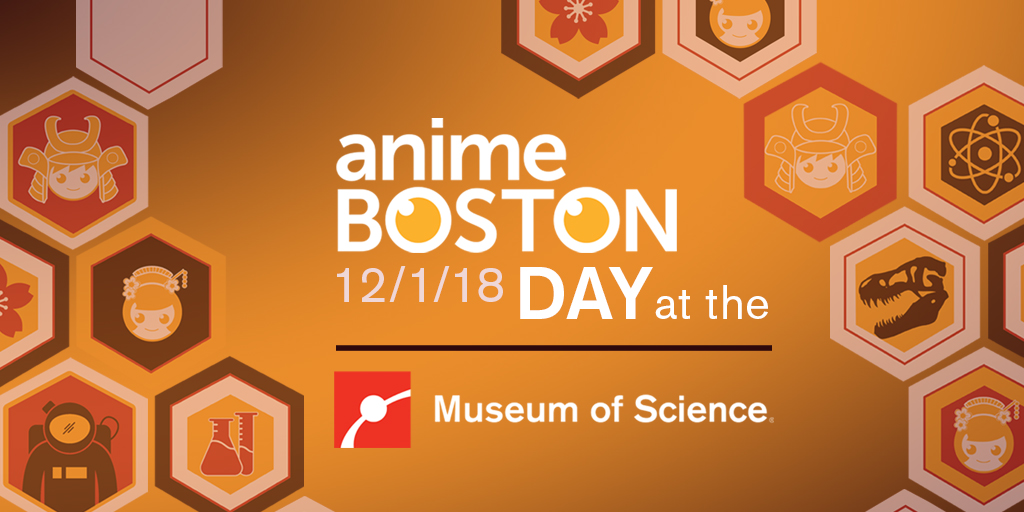